German Digital Award: One for the heart

During the last decade, the German Digital Award (DDA for short) has become one of the most important awards for excellence in digital creativity in the German-speaking countries. Netural made the shortlist in the "digital transformation" category this year with Silhouette "Buy Local", and therefore CTO Stefan Lechner attended the prizegiving ceremony in Berlin. Here is his report: 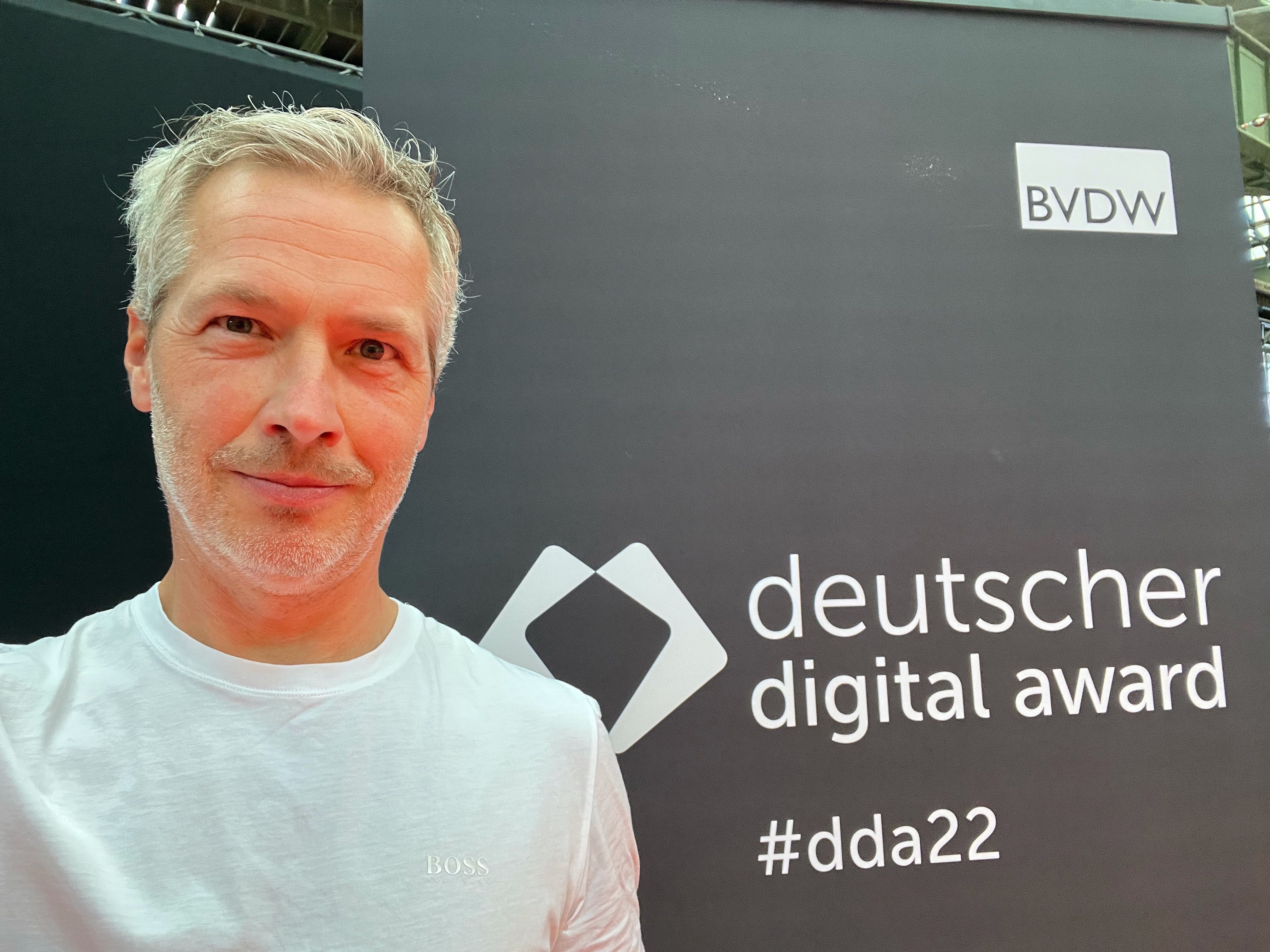 Netural made the shortlist in the "digital transformation" category this year with Silhouette "Buy Local", and therefore CTO Stefan Lechner attended the prizegiving ceremony in Berlin.

For example, the award-winning "Hetzjäger" initiative created a "Trojan" music video to tackle the flood of Nazi rock music on platforms such as Deezer and YouTube: Skillfully tailored to exploit platform algorithms that often flush right-wing hate content into users' playlists, the video infiltrated the right-wing scene hundreds of thousands of times over, highlighting the threat potential of automated content suggestions.

The fundraising campaign "#Flutwein" raised 4.4 million Euros for the victims of the flood disaster in the Ahr Valley - and took gold in the "Digital for Good" category.

The full list of award winners and their remarkable achievements can be found at www.deutscherdigitalaward.de. Glad about our shortlist nomination, we congratulate the winners and entertain the honest hope that next year´s German Digital Award will reflect a happier and more optimistic mood.